Charities welcome commitment to improve support for autistic learners with initiatives, including enhanced Professional Learning for all teachers

Three Scottish charities have welcomed new measures developed in partnership with the Scottish Government (SG), the General Teaching Council for Scotland (GTCS), Education Scotland (ES) and the Scottish Council of Deans of Education (SCDE) to improve autism awareness and training within schools and educational settings. The measures are a direct outcome of the findings from the ground-breaking Not Included, Not Engaged, Not Involved report, published in 2018.

Children in Scotland, the National Autistic Society Scotland and Scottish Autism have worked with the Scottish Government and partners to agree a number of changes that will ensure new teachers receive a common baseline of content on autism during their initial teacher education (ITE) programmes. This will form part of the most comprehensive set of measures anywhere in the UK to ensure all teachers have access to the most up to date information on how to support autistic learners.

The announcement by the Deputy First Minister and Cabinet Secretary for Education and Skills, John Swinney MSP, comes following Children in Scotland, National Autistic Society Scotland and Scottish Autism’s Not Included, Not Engaged, Not Involved campaign that found a third of parents surveyed had their child unlawfully excluded from school in the last two years.  A lack of knowledge in how to best support and include autistic children in education was cited as the primary reason for these exclusions.

The measures agreed with the Scottish Government, GTCS, ES, SCDE and the three charities include:

Deputy First Minister and Cabinet Secretary for Education and Skills, John Swinney MSP, said: “I am pleased to publish our autism action plan which has been developed in partnership with a number of organisations, including Children In Scotland, the National Autistic Society Scotland, Scottish Autism, Education Scotland, the General Teaching Council for Scotland and the Scottish Council of Deans of Education.

“Despite the challenges of the pandemic, a significant amount of work has already been undertaken by our partner organisations and I thank them for their exceptional efforts in recent months. Through this collaborative working we will ensure that our autistic learners have the right support in place at the right time to improve their educational experiences.”

Suzanne is a mother of an autistic son and has been involved in the Not Included campaign. Her son Callum was initially excluded (a decision now overturned) but is now being well supported in his high school. Suzanne says: “Autism awareness training for teachers would make a huge difference – at the moment there is a lot of emphasis on when things go wrong, outbursts or meltdowns for example – it’s important however that things don’t get to this stage. Autism awareness training would help teachers create a better teaching environment, avoiding sensory over stimulation and understanding the importance of keeping calm. In the past if Callum got upset – teachers got upset too and things became a vicious circle. Thankfully things are now going well for Callum and staff are much better at supporting him and involving me in discussions. It now feels like they are working with me not against me.”

Sally Cavers Head of Inclusion at Children in Scotland, said: “Children in Scotland has welcomed the response to the Not Included report, including this announcement and the way organisations have worked together to secure these significant changes. However, it is critical for autistic children and children with additional support needs that we also focus on the other areas identified in the report to make sure we are doing our very best for children in our education system. This is especially true now following a very challenging year in relation to learning for many children and young people with additional support needs.”

Nick Ward, Director of National Autistic Society Scotland, said: “This package of changes will be life-changing for pupils and new teachers alike. It is the most comprehensive approach to ensuring high quality autistic education for new teachers in the UK and will ensure that hundreds of autistic children will have a better school experience. We welcome today’s announcement and thank the Deputy First Minister and all of the organisations involved. We must now ensure that all teachers have the opportunity to undertake the training and that it is informed fully by the experiences of autistic children and their parents.”

Charlene Tait, Deputy Chief Executive Officer at Scottish Autism, said: “As an organisation that has been calling for greater support and resources for those teaching autistic children, we warmly welcome this commitment from the Scottish Government. We know that hundreds of autistic children are not receiving an education that meets their needs, which is detrimental to both their education and their overall well-being.  It is therefore essential that teachers are able to build an understanding during their initial teacher training of how autistic children think and learn. This training and knowledge has the potential to make significant improvements in the educational experiences of autistic children, however there is still much to be done.”

As part of the charities’ Not Included, Not Engaged, Not Involved report published in September 2018, a survey of 1,417 parents and carers of autistic children revealed that many autistic children were not receiving the support they need to succeed at school and achieve their potential.

You can read the action plan that was developed collaboratively between all members of the Autism in Schools Short-Life Working Group here. 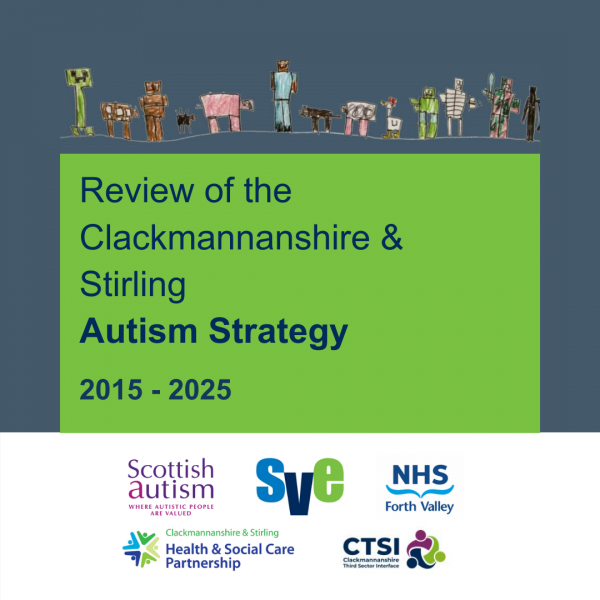 12/01/2021
We are looking for people in the Stirling and Clackmannanshire area to be involved in reviewing the Autism Strategy . Read our poster below to find...
Read more 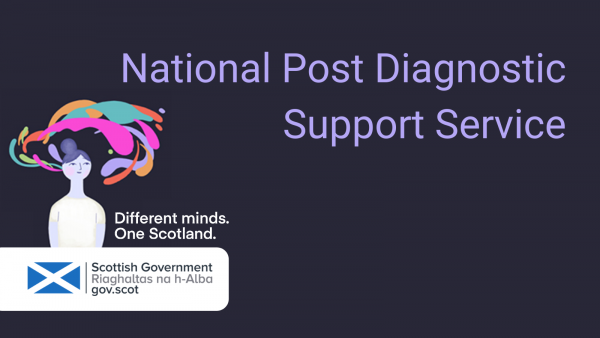 01/12/2020
We are delighted to be involved in the pilot of a new National Post Diagnostic Support Service for autistic people which begins today. The...
Read more 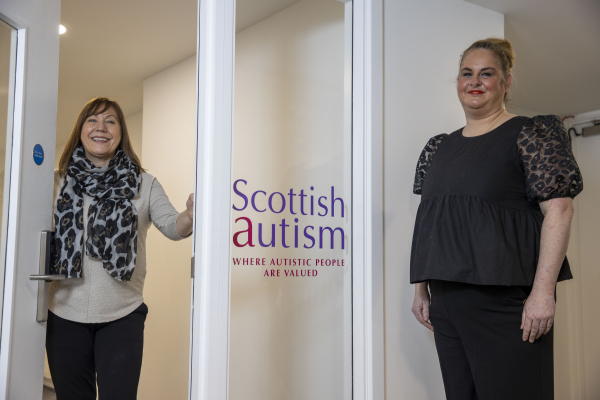 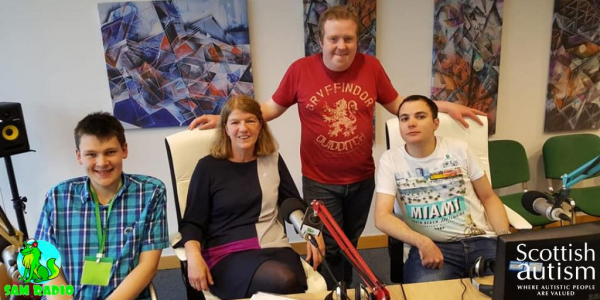 19/11/2020
SAM Radio is an award winning non-profit community radio station for autistic adults. Their studio is based in Edinburgh and has 23 presenters who...