Music therapy can have a huge benefit in supporting a pupil’s overall development.

Steven finds moving between rooms and going through doorways extremely stressful and often becomes ‘stuck’ feeling highly anxious and overwhelmed. Sometimes it would take hours for Steven to move from one room to the next.

To reduce Steven’s stress levels when making these transitions, our practitioners developed a number of strategies. One method that proved helpful was for the practitioner to hold a timetable or social story at the other side of the doorway. With Steven focused on this and not the transition, it helped him to move through the doorway. In addition, allowing Steven to take as much time as he needed to become confident enough to move through doorways, and offering him the ability to use the door of his preference rather than having to use the main doorway has been vital.

Music therapy has also been crucial in supporting Steven. Our music therapist Janet started off by matching rhythmic beats to Steven’s movements, Steven soon started to move his feet to the beat. Through rhythm, Steven discovered a new sense of stability and order. Musical patterns can support an individual with autism to regulate their thoughts and brain processes, creating more coherent and adaptable responses to the world around them. Steven has transferred what has helped him in music therapy to transitions around the school and he taps or drums patterns on his knees to comfort and focus him as he moves around.

These are just some of the methods that have been used to support Steven with micro-transitions. In combination with the patience, encouragement and support of our practitioners, Steven has made incredible progress and is now able to move through doorways in seconds rather than hours. This has had a huge impact on his day to day life at New Struan and at home freeing up a lot of time for Steven to learn and develop in other ways. 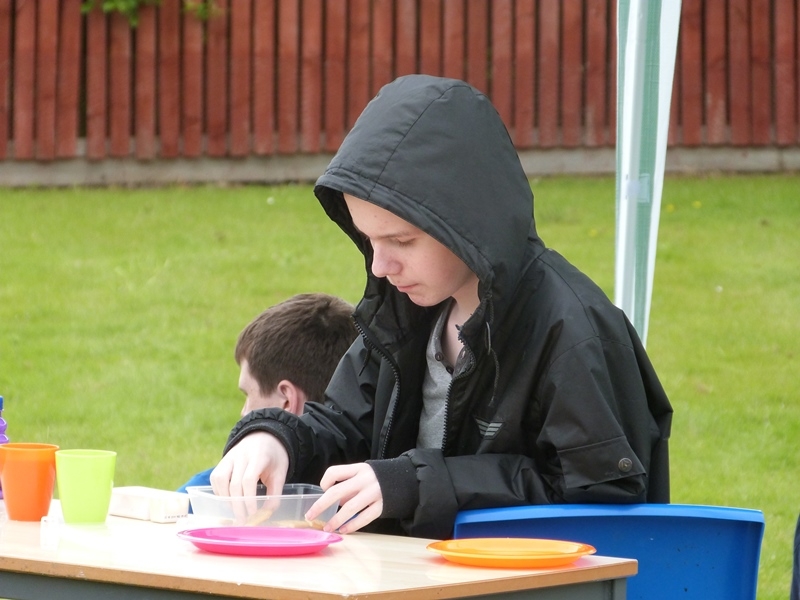 In combination with the patience, encouragement and support of our practitioners, Steven has made incredible progress and is now able to move through doorways in seconds rather than hours.