When pupils first come to New Struan School, there is a period of transition to allow them to settle in at their own pace and become comfortable in their new surroundings.

When Sam started mid-way through the final term, he joined Birch Class. However, at the end of the term, the class was split into two smaller ones according to the age and stage of the curriculum that each pupil was at. Transitioning into a new class not long after starting a new school presented Sam with a lot of change in a short space of time and so careful consideration was required to support him with this.

As the transition to the new class took place, each pupil was given an area of the room to make their own to establish a sense of ownership. This really helped Sam as he liked to bring items from home to support his transition. Having his own space in the classroom and a safe place to keep these items meant he felt more at ease knowing he could access them when he felt he needed to.

Sam was inspired by Keidis, a classmate, who uses a dark cover around him and his desk to comfort and relax him. To enable Keidis to remain included in the class, we cut peep holes in the cover so he can still participate while feeling safe in his own space. Sam really liked this idea and so he now also makes use of a dark cover to help him feel secure and comfortable while in the classroom.

Our team worked hard with Sam to make him feel in control whilst also maximising opportunities for learning. One way this is achieved is by harnessing a pupil’s interests as much as possible and using this to engage them in learning. For example, allowing Sam’s love for his Dr Who toy to support with his transition has also opened up channels for the development of his communication with the toy acting as a talking point with staff, new people and classmates. 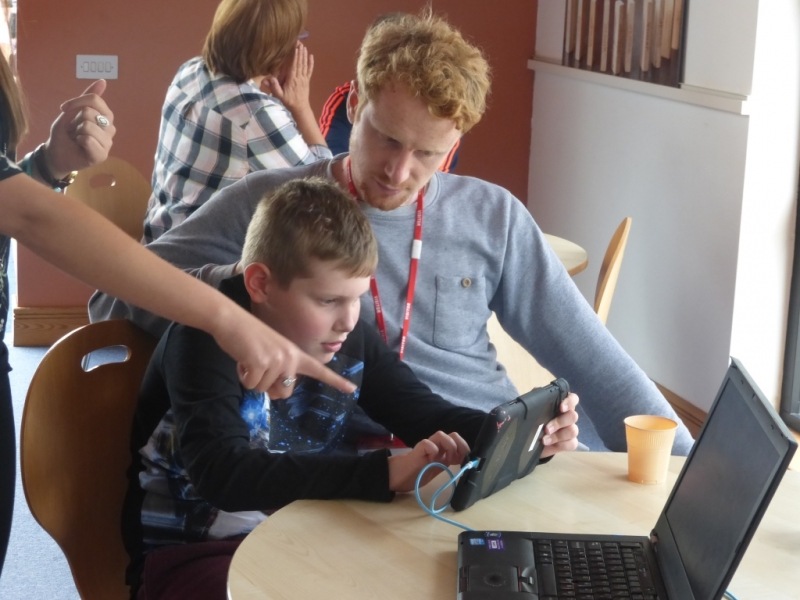 Our team worked hard with Sam to make him feel in control whilst also maximising opportunities for learning.