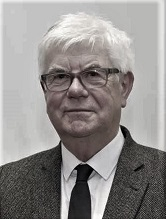 This article describes the ‘Synergy’ programme, which aimed to reduce the exclusion of children displaying ‘challenging behaviour’ from Greek schools. The programme was initiated in 2013 by AT-Autism and the Aikaterini Laskaridis Foundation, Piraeus, Greece. Synergy is not an ‘autism programme’: the focus of the approach is on the mindset and actions of the worker and the narratives that surround life and practice. Synergy therefore has the potential to be applied across a range of settings.

Our initial work was undertaken at a time when Greek schools were facing novel challenges in accepting refugee children and hardships related to austerity. Consequently, our approach demanded sensitivity to local circumstances, culture and resources. It was also important to build local capacity that would enable schools to accept children with increasingly complex and diverse needs, rather than rely on importing ‘expertise’.

Training needed to be practical, clear and thorough to aid fidelity but short, and able to work within tight financial and other constraints. We did not fully appreciate it at the time, but this was to become a strength of the approach, as was the opportunity for us to learn from local culture the importance of philosophy, and the work of the Ancients.

In the UK, we have seen an increasing emphasis on so called ‘person-centred’ methods in human services. Whilst desirable, is this enough? Could one unintended consequence be to ‘locate’ ‘behaviour’ and with it blame, within the individual and not the social system? How often do we find a detailed ‘behaviour plan’ for ‘managing’ someone regarded as displaying ‘behaviours of concern’ but know virtually nothing about who it is that is doing the managing? As Lorna Wing advocated, should we not be teaching, kindness, respect, tolerance and acceptance? Consequently, we argue for at least an equal focus on staff character, beliefs, feelings and behaviours - and the narratives that shape the way we live; our behaviour toward others, our values, attitudes, relationships and our practice.

Control is another aspect of practice that warrants consideration. Socrates reminds us that the only thing that is truly under our control is ourselves and that whilst even this may be difficult to achieve without help, we can learn to control and change our own behaviour. Developing self-awareness and control over our own behaviour are essential pre-requisites to working with others, especially if they are vulnerable.

Research confirms that staff in care settings experience high levels of stress, anger, frustration and low mood and that training in specific approaches has little impact on their practice. But what help do they get? The Ancients placed great store in the wisdom of mentors to develop the thoughts and virtues of others, and to act as a sounding board and role model. How often do we find this in place in human services?

These factors were to be important in our work with our Greek colleagues in developing a mentor-based system that relies on reflection, self-awareness and self-control, and of having a plan. Here we focus not so much on performance in the workplace, but on providing tools for how people live their lives wherever they happen to be; their beliefs, feelings and the decisions they make.

Here again the ancient and modern worlds coincide. The Stoic philosopher Epictetus encourages us to think before we act and to pay attention to our thoughts and feelings, telling us that it is our feelings about things that are important – not things themselves. This theme forms the underlying basis of Cognitive Behaviour Therapy (CBT) developed by Albert Ellis and Aaron Beck.

Epictetus implores us to ‘examine our impressions’ to avoid impulsivity and bias, a central theme of Daniel Kahneman’s theory of System 1 (the emotional brain) versus System 2 (the thinking brain) processing, which plays a central role in Synergy and has been shown to be of immense practical value.

The Socratic principles of modesty, unconditional regard, the importance of listening and of self-examination are to be found in the work of Carl Rogers, in the therapeutic relationship. These are integrated into Synergy.

Positive role models and the avoidance of ‘bad company’ also finds resonance in collective human behaviour and the formation of specific culture, especially in human services. The influence of the Ancients on sociological theorist Max Weber’s ‘Verstehen’, and on more recent scholars such as Bandura, Asch, Milgram and Zimbardo is unknown, but the resonance is there, in understanding the nature of compliance, conformity, coercion, obedience and culture; why bad things happen and what we can do to prevent them.

Relatively little was known in ancient times about the science of physiology, although self-control and the need to avoid anger was accepted wisdom. Like running too fast, it was noted that anger, once started was difficult to suddenly stop;that it clouded the mind and judgement; and was likely to result in a ‘Vicious Act’. Avoidance of confrontation was therefore seen as paramount. The advice from Epictetus that we should ‘respond to insults with humour’ and ‘pause and take a deep breath’ speak to the avoidance of confrontation as ‘virtuous’.

Virtues were not to be imposed or prescribed as ‘values’ but nurtured in order to live the ‘good life’. In this, generosity, kindness to others, patience and self-control were regarded as virtuous, as was a recognition and avoidance of those things that were not (called vices). The three domains of character, feelings (and beliefs) and acts were each divided into good and bad elements. Here again we can see the connection to the modern world and to elements of what is now called positive psychology and the effects of stress on the body.

These underlying principles guided us when we developed Synergy. We found too little attention paid to staff character, beliefs, feelings and acts (behaviour), unless as part of an enquiry into bad practice. We emphasise the importance of thinking, planning and of a plan B, or as the Stoics say, ‘the reserve clause’.

Our experience in schools and services has shown that biases and beliefs shape how individuals and behaviours are perceived, judged and acted on. A lack of moral ethos, support and guidance will create unkind, punitive or neglectful cultures in services. These then become difficult to dismantle, vulnerable people are ‘othered’ and some of the technical approaches used to produce change in behaviour, ignore basic humanity.

Although judged by society as ‘evil’, crimes against disabled people continue to occur. But what is to blame? Were those staff members convicted of abuse at Winterbourne View evil, or were they too victims of a system that offered no ethical or moral guidance, virtuous role models or the tools to behave well?

But it is not enough to implore or instruct to behave better, people must be given the tools and the support, not just to help them in the workplace but guide them in their lives generally. Having better self-control and self-awareness, recognising what is within your control and what is not, being a good listener, being kind, calm, patient and understanding will make you a better driver, partner, parent or colleague, and may result in a more successful, happier, healthier and fulfilled life.

For more information on Synergy go to www.atautism.org 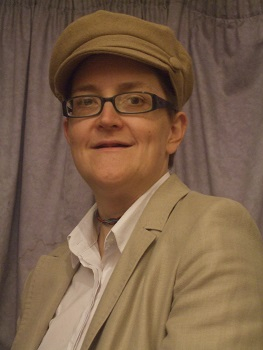 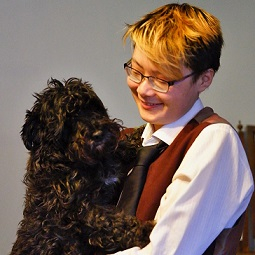 Sonny Hallett, Chair of Autistic Mutual Aid Society Edinburgh (AMASE)
24/12/2019
Mental health struggles are common within the autistic community. Autistic people are, according to some studies, up to nine times more likely to die...
Read more 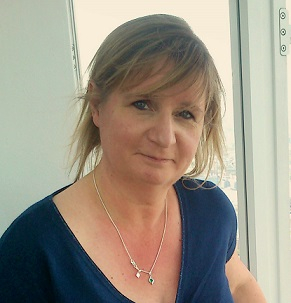 Dr Rebecca Wood, Senior Lecturer, University of East London
24/12/2019
It amazes me how little attention is devoted to the learning priorities of autistic children and young people. We spend a great deal of time...
Read more 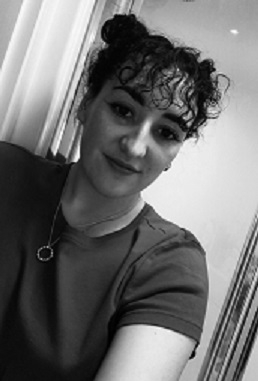