Skip to main content
Home > About Us > Success Stories 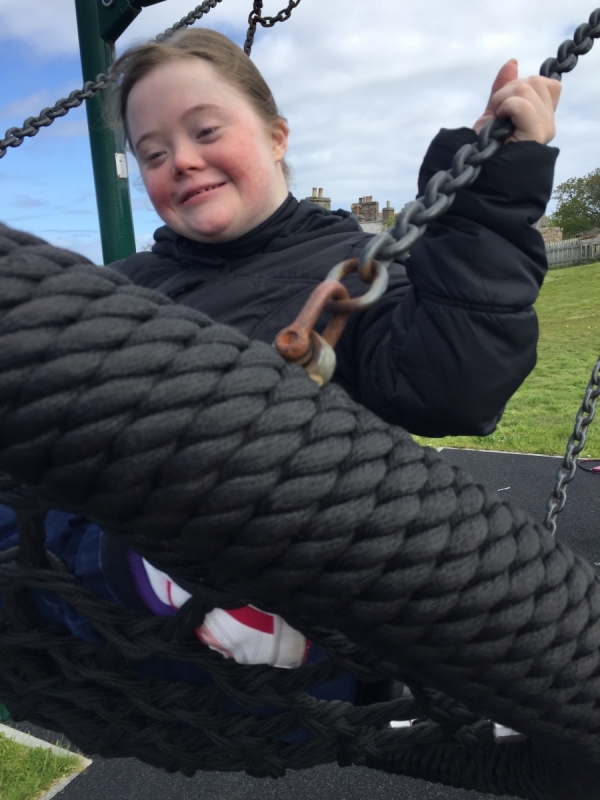 Emily accesses our Supported Living service in Orkney. When she first came to our services, Emily struggled to communicate with staff, and she was reluctant to try new food and activities. She needed a lot of encouragement, support and prompts. However, over the last few months, Emily has made considerable progress.

When she moved into her house, Emily needed support to carry out routine tasks such as making breakfast in the morning. Initially staff would give her prompts on what to do and use a hand-over-hand technique to help her prepare the toast. Emily then progressed to using PECS (Picture Exchange Communication System) whilst doing her toast routine but now she requires minimal input from staff, and she is very happy when making toast on her own.

Another big improvement is that Emily is now comfortable with staff doing her hair. She was always wary of people touching and brushing her hair. However, with a consistent approach from staff she soon became comfortable. Now, not only can staff brush her hair but Emily has seven different hair styles to pick from each morning, and will happily sit down to let them do it for her.

As well as these achievements, Emily has made huge progress in terms of being able to go shopping and use the self-scan check-out; putting on her seat belt in the car and washing her dishes. With some encouragement, Emily is even happy to try new activities. Thanks to a strong well-bonded team behind her who have been consistent in the way they support her, Emily has become a more confident and independent young woman. 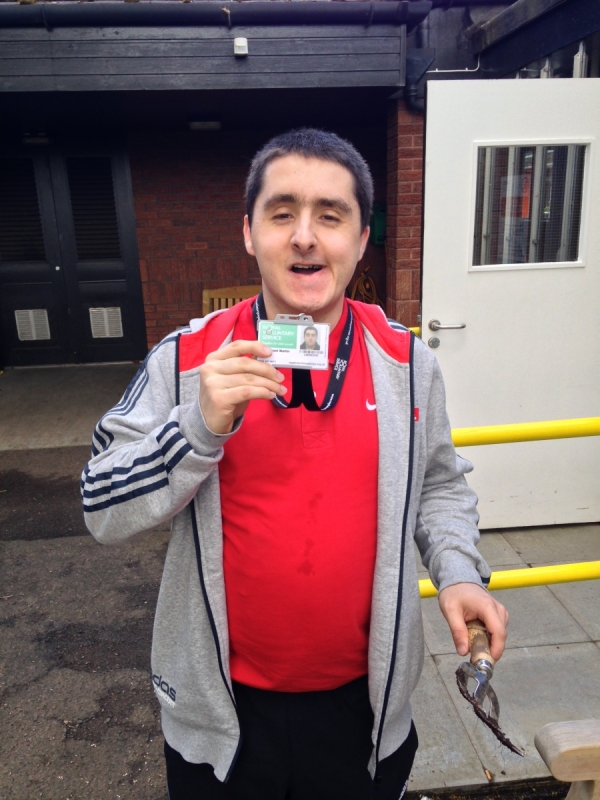 Michael is a young man who is supported three days a week. Two days are spent at our vocational service, Art Opportunities in Alloa and on the third, Michael is supported on an outreach basis to access his local community. The purpose of Michael’s outreach support is to source activities that he would enjoy. It became apparent however that Michael struggled with abstract decisions especially when they were presented verbally, which led to increasing frustration when he couldn’t communicate what he would like to do.

Through consultation with Michael and his parents, a visual timetable was developed that could support Michael to make choices regarding his outreach support. Michael is in charge of selecting activities and sourcing images from the internet to represent what he would like to do. These images are then stored in a file that Michael can use when planning his day. Through this process Michael was able to communicate to us his desire to have a job, and staff soon set about sourcing suitable volunteer opportunities.

A placement with the Royal Voluntary Service at Falkirk Community Hospital was found. Michael became involved in their cafe and helping to maintain the community gardens. Through this opportunity, Michael has grown in confidence and his ability to make decisions in his day has improved considerably. He has also become more confident in communicating his wishes to staff. He still uses the visual timetable to plan his day and to support him with what is happening next. Michael’s social skills have developed, and he has become a key part of the volunteer team, as well as his wider community.

“Michael has continued to grow in independence since attending Scottish Autism three years ago. He joined the Royal Voluntary Service last year with the support of Scottish Autism staff and he continues to receive rave reviews from the people he works with. He works in the community hospital café and is a great asset to them. He was even invited to their annual dinner where he chatted amicably and animatedly to his peers the whole evening! He is becoming a young man and more importantly is extremely proud of himself,” says Michael’s Mum, Julie. 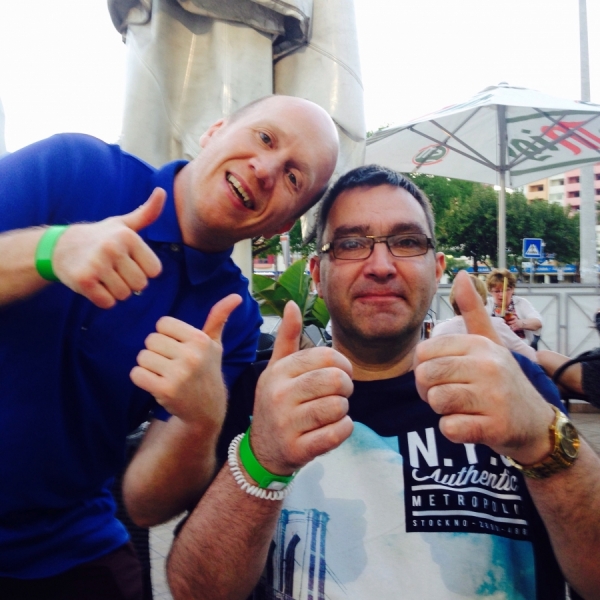 Robin has been supported by Scottish Autism for 20 years this October. He originally lived in one of our group homes with four other individuals. He also attended day services in Cowdenbeath. In 2003 Robin moved into his own tenancy in Cowdenbeath where he continues to live supported by Scottish Autism. Robin now attends our day opportunity in Dunfermline four times a week.

Over the years Robin has been very frustrated with the fact that he has autism and would regularly ask people if they thought that there would ever be a cure. He would get quite despondent when the response was not what he wanted to hear. He suffered from mental health issues which had a big impact on his life. Robin often felt that he had very little control and this would cause him a lot of stress.

Recently staff worked with Robin to enable him to feel more empowered, and this has really improved his self-esteem. Robin put a lot of focus on when he would be able to go on holiday, but always felt very dependent on staff as to whether he could achieve this. He also had difficulty managing his weight, with a great fondness for sweet foods.

Both day service staff and home staff worked closely with Robin to give him more control of his life. Through discussion with staff, Robin set up a system where he independently saved money specifically for holidays.

Robin was then able to plan where to go and work out how much money he needed to save. This gave Robin great satisfaction as his holiday choices were not dictated by staff and arrangements were made dependent on his finances.

Staff also worked with Robin on his healthy eating plan. He really loved puddings and he was able to choose to have one every day and agree which sweet things he was happy to give up in return. Robin has now lost nearly a stone in weight and he is very proud of this achievement. These changes have had a huge impact on his mental health and Robin says that he is really happy with his life at the moment.

Within day services Robin is very sociable and enjoys the company of others. When asked why he continues to access the service after all these years, he says: “I get to meet up with my friends and have some fun.”

Robin is part of a gardening squad who do gardening for our other units, when asked why he did this, he says: “I really like helping other people and the service users can enjoy the garden.” Robin also enjoys being part of our communication group and he said this group has allowed him to talk about his life and his feelings.

Overall this has been an excellent year for Robin. He has arranged three holidays: a week in Portugal, a camping trip and a trip to Centre Parcs with a friend and staff. These changes for Robin have been achieved through collaborative working with Robin’s housing support staff and day service staff.

Robin has passed onto staff that he is very proud to have been chosen to feature in this Annual Review and that he feels very special.

Emily is a lovely, charming, happy and beautiful girl who is gaining more independence and confidence each day.

She enjoys the little things in life like her DVDs and slinky, but when it comes to swimming and the play park, these are her favourite activities.

The staff are confident that she will continue to go from strength to strength, and we all look forward to supporting her to achieve even more.