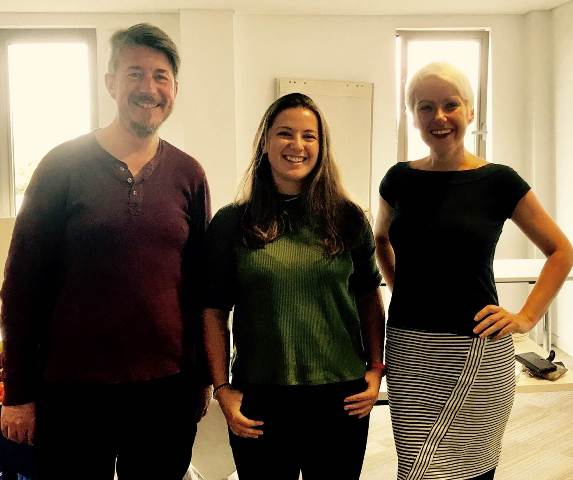 This summer we have been working within the School of Psychology at the University of Glasgow on a project, funded in the British Psychological Society’s (BPS) Undergraduate Research Assistant Scheme called, “Too Noisy to Learn? The Impact of Sensory Stress in the Primary Classroom”.

The idea stems from research into autism and the well-recognised fact that individuals with a clinical diagnosis of Autism Spectrum Disorders (ASDs) are likely to have hyper- or hypo-sensitivity to certain sensory stimuli – heightened or weakened reactions to things like everyday sounds, smells, fabric textures or lighting. These sensory difficulties are thought to contribute to some of the more widely known social aspects of autism as individuals may avoid frequenting specific environments due to the stimuli around them. Moreover, research into sensory perception has led to the addition of sensory problems to the revised diagnostic criteria for Autism Spectrum Disorder in the American Psychiatric Association’s diagnostic manual – the DSM-5. Therefore, if sensory intolerances are contributing to the difficulty of a social situation, then methods to ameliorate these are incredibly important to determine.

Sensory stress is the term used to describe stimuli in the environment that may evoke adverse reactions. These might include fluorescent lights, strong perfumes or loud noises. In more recent years it has been recognised that high susceptibility to sensory stressors may not be limited to those with an ASD diagnosis, with up to 30% of the general population experiencing noticeable sensory intolerances [1]. Studies have shown a strong link between sensory processing difficulties and autistic trait level. Higher levels of autistic traits are not just confined to those with a diagnosis of autism, but are relatively widespread throughout the general population. 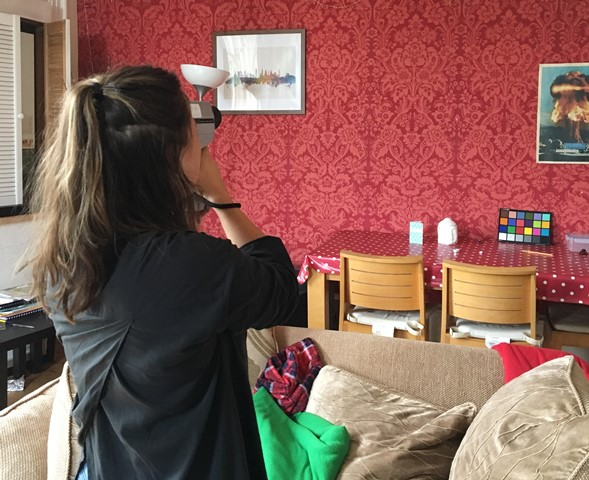 These traits can be quantified by an Autism Spectrum Quotient (AQ) score. The AQ test was developed by Simon Baron-Cohen and his colleagues in 2001 [2]. It is a 50-question instrument measuring different behavioural and personality traits associated with autism. We used the parent report version for our study where parents answer the questions regarding their child [3].

An individual may have a high Autism Quotient score regardless of the presence or need for an ASD diagnosis - this just shows that they present a high level of traits associated with autism. Therefore, our working theory is that the higher Autism Quotient score an individual has, the more susceptible they are to be affected by sensory stressors in the environment. This led us to question how much impact the sensory environment of a primary school classroom can have on a child’s learning. If we can apply the growing knowledge on sensory stress and environments to an early educational setting would we be able to lift a potential barrier that may be holding back some children’s education? A specific additional focus is the link between “giftedness” and high autistic trait levels that has been identified in the literature [4].

There were three main components within the study: the sensory audit, the parent packs, and the sensory workshops. The sensory audit, developed by Ashley Robertson and David Simmons [5], is a method to objectively measure specific aspects of the sensory environment. The audit focuses on three senses: visual, auditory and olfactory (i.e. vision, sound and smell). This is achieved by using a combination of cameras, recording equipment, sound and light meters and human inspection. In each school, specific areas were identified to audit to ensure a large representation of the school. For example, two or three classrooms would be selected in different parts of the building and communal rooms such as canteens, P.E halls and toilets. Any other particular rooms of interest would also be picked, for example one school had specific sensory rooms which were chosen to be audited. 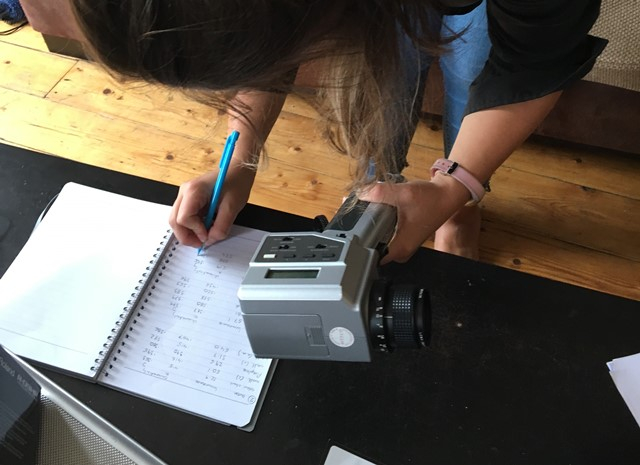 The workshops were designed to cater to a range of ages and abilities. As we are conducting these workshops with children in Primary 1 to Primary 7 (aged from 4 to 12 years), in both a local primary school and a specific school for pupils with additional support needs, it was important to ensure that activities were easily altered and suited to a large ability range. Our workshops focus on four sensory modalities – vision, audition, olfaction (smell) and touch. The activities range from mind mapping activities to discuss the school environment to a fun feely box and messy activities. From recording the workshops we are able to analyse what the children discuss and pick up on any particular factors that persist as stressful or annoying in their schools.

This project is ongoing and there are many steps to be taken in further research. Plans involve analysing the images obtained using recently developed software from collaborating laboratories as well as looking at acoustic profiles of particularly problematic sounds. In the case of the olfactory audit we will concentrate on how best to standardise the data and look for general trends. With all of the sensory audit data we shall try to compare precise sensory stressors in specific schools with the particular things that the children complain about in our workshops. The long term aim for this area of research is to work collaboratively towards ways of ameliorating sensory stress in primary schools to give all children a fair chance to work in the best possible environment, and subsequently extend the technique to other groups of people and environments.