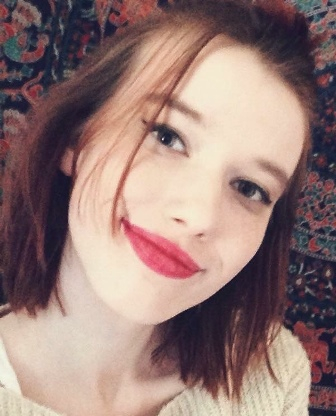 4:02pm on Thursday 7th April 2016, I was diagnosed with Asperger’s Syndrome. Then I went home. I probably had pasta for dinner. The point is, there was no support. Even a year and a half later I still want to tear off my skin and renounce my ownership when I overhear an autistic joke. The head of Learning Support asked if I wanted to meet another pupil with autism. One Wednesday afternoon, I was introduced to Felicity. I’d seen her walking around the school, head down and hands in her pockets. Towards the end of our introduction, the teacher told us about a book whose cover included a big green M. Then the girl said something.

“M isn’t even a green letter.”

My eyes lit up. “Do you see colours for letters too?”

We peeked out of our shy shells to see someone actually understand what we were saying – while the teacher looked at us, startled.

A couple of months later, we exchanged numbers while I tried frantically to remember her name and not just its colours. We met up to walk around the local park and got banana milkshakes. We talked about autism, philosophy, and pigeons. And the rest is history.

Ordinal-linguistic synaesthesia is the attribution of traits, and grapheme-colour is the association of colour with numbers and letters. For me, eight and E are red, but H, I, J, and K all blend together in a murky purple-y/green grey (probably because they’re a clique). Felicity and I both see completely unique alphabets. We only agree four is blue. She describes it as seeing a photo in black and white, but knowing the colours that should be there (e.g. brown hair, red bricks). We read in black and white, but think in technicolour.

Object-personification synaesthesia is the involuntary assignment of human traits to inanimate objects. Feelings of guilt and treachery come from binning anything. I can’t leave the house with odd socks in case the other sock of the pair feels lonely. I have gone out with another T-shirt in my bag because the two were bought as a pair. I have grown out of clothes I rarely wore due to the extensive planning involved in making sure they were worn for the same length of time at the same places. But I’m working on it. I have a selection of socks just for mixing and matching… but don’t expect me to leave the house with them.

Growing up, I developed a funhouse mirror/copy and paste method of communicating. In Japan, people have two personas; their public and private. I consider myself to have another layer. Between my public and private mannerisms, I have my mask. Masking is a common term when talking about autism, as it tends to be the reason many are diagnosed with Asperger’s later in life; it’s easier to hide. Since personas are not linear, it’s hard to tell where one stops and another starts – but isn’t that the point? Maybe it takes longer for people with autism to have those barriers broken because of the fear they won’t like the person you actually are underneath. In the first two layers, so much relies on copying dialect, body-language, and interests; literally acting like the person we think we’re expected to be. As layers are broken down, and I I feel comfortable enough to tell someone which specific episode of Doctor Who I’m referencing, that person can choose to continue or to walk away. I play the part of someone who can be liked, for fear my final layer isn’t desirable.

Visual representation of how Susanna sees letters and numbers. 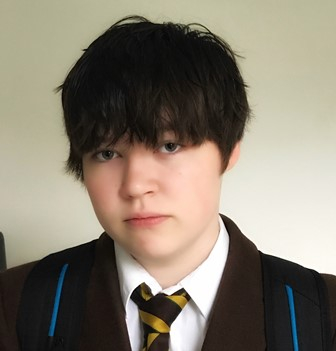 When I found out I had Asperger’s I felt relieved that I finally knew what had been wrong all throughout primary school.

When I started primary school is when I first remember having to interact with people and make friends and feeling like I was speaking a different language to everyone else.

Because of my Meares-Irlen Syndrome [1] I did quite poorly in primary school and I came to think I was stupid.

I was unhappy and misbehaved because of it and also because of boredom. I got into fights and didn’t do work and spoke back to teachers because I would rather they think I was a trouble maker than simply stupid.

When I started secondary school, I had tinted glasses and medication to help with my insomnia but still thought I wasn’t academically clever.

In S3 I started to realise I was good at the sciences but I was still in the lowest maths class and thought I was terrible at it because of the focus on arithmetic which I had failed to properly learn during primary school due to my inability to read.

During course choice, I decided I wanted to be a vet and I needed three sciences for that and in order to do the sciences I had to take Nat 5 maths. My teachers tried to dissuade me but my parents supported me and the school set up some tutoring to advance my maths abilities.

I now have an A in Higher Maths, Physics, Biology and Chemistry.

Becoming more engaged in school had its issues. I now had teachers talking to me all the time and my usual tactic of agreeing to whatever in order to end the conversation didn’t work as I now actually cared about what I did in school. Whenever I disagreed with them they would question me about it and my Post Traumatic Stress Disorder (PTSD) caused me to panic and run away from school.

In primary school I had a number of unpleasant experiences with teachers which cumulatively caused me to develop a pathological fear of them.

Visual representation of how Felicity sees letters and numbers.

[1] Meares-Irlen Syndrome is a condition similar to dyslexia but where reading is dramatically improved by using coloured spectacles or overlays.