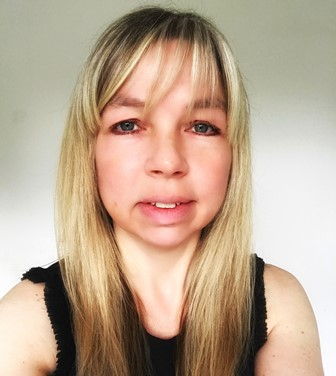 I am the mother of Felicity Barrett, who also shared her perspective on sensory and perceptual aspects of autism in this issue of Share.

My daughter Felicity, who shares her own experiences in this issue of Share, was diagnosed with Asperger’s Syndrome when she was almost eleven years old She had been diagnosed with Early Onset (Childhood) Insomnia six months previously and with Meares-Irlen Syndrome (visual stress) when she was 8 years old. After her Meares-Irlen diagnosis she was put on the CAMHS ‘Early Intervention Team’ waiting list for further assessment for two years, this is the reason why her ASD diagnosis was delayed. She was diagnosed with PTSD last year,caused by her experiences in primary school.

Every parent of an autistic child will agree with me when I say that to speak of “an ongoing battle” for understanding from others is quite an understatement, especially as her issues are so well hidden from anyone she meets. No, you cannot tell that Felicity has autism and sensory processing difficulties to contend with just by looking at her. This is one of the many barriers regarding her situation.

Another of those barriers was my own understanding of what her world is like, and how fundamentally it differs from mine. When Felicity was in primary school we spent an hour on her reading homework every evening. It was an incredibly fraught affair. She was our first child and I thought this was normal. Attending parents’ evenings I realised we were supposed to be spending ten minutes on reading homework. Her teachers were concerned and questioned her academic skills. She was just one of those children who had to work harder, constantly had to catch up and just wasn’t as advanced as her peers. My husband and I were very surprised to hear this but put in the work to improve things. We even got extra reading books for all the holidays. When other children ran around the beach, Felicity sat learning to read. One day I realised that she could recognise and read the word ‘and’ on one page but not the next. She would read a whole paragraph or page of a reading book fluently but would be incapable of reading the next page, despite it containing some of the words of the previous page. I became exasperated and asked her ‘Why can you read the word ‘and’ on page three but not on page four?’. She looked at the words closely and then looked up at me. ‘You mean, when you look at the letters they don’t change?’ I looked at her with disbelief and said: ‘Well, no, obviously not!’ She looked back at me and said two words which changed our lives: ‘No way!!!!’

It was like a light bulb had gone on over my head, a real Eureka moment. In that one instant I realised that my own child, and by extrapolation anyone in the world, perceived reality very differently from the way I did. Previously I had literally no idea that this was even possible I had difficulty identifying and even seeing the problems Felicity encountered every day. She told us many years later that what she did in school was listen very carefully to the other children reading parts of the book, memorised what they read, and then, instead of actually reading the words, she just recounted that particular paragraph by heart. She developed amazing compensation strategies, which have now turned her into an incredibly skilled problem-solver. I applaud her for that and I feel many employers are missing out on some of the incredible skills autistic people develop.

The school’s understanding and ability to find and implement solutions to Felicity’s issues were greatly hampered over the last 11 years by the fact that there seemed to be very little awareness among most teachers in primary and secondary schools.

When one looks at Felicity’s history it stands out that she ‘slipped through the net’. Her needs were not recognised in school, except by one support teacher who mentioned Meares-Irlen Syndrome to me for the first time after I had been spending three years discussing with the deputy head every fortnight why Felicity kicked the teachers and had not completed work in class. Had I not been one of those persistent parents who kept denying that her child was just a troublemaker in a language the deputy head could understand – what then? There must be many children and young people out there who have nobody advocating for them. They must turn into the many women in their 40s who are just being diagnosed now. Raising awareness is a must within our school system because there is too little of it. Every young autistic person encounters different issues in school because their sensory and perceptual experiences differ so widely, as Susanna’s and Felicity’s personal accounts show.

Both Susanna and Felicity had never met another girl with Asperger’s Syndrome. They were completely isolated. Unfortunately, the nature of their condition does not necessarily make them want to seek the company of others because of all the corresponding possible pitfalls in terms of social communication, interaction and imagination, so it is actually really difficult for them to find someone who is ‘like them’, a kindred spirit, someone they recognise as being ‘the same’ and not ‘the other’. This is something so fundamental to human beings and their sense of belonging that one can only imagine how lonely it must be for so many people on the spectrum. Susanna described this final experience of recognition so movingly in her account of meeting Felicity – they share the same perceptual world.

It was almost certainly the best thing that has ever happened to Felicity.

I think in order to move forward and make our schools completely inclusive we need to put strategies in place, such as procedures which make it clear to teachers that they need to be facilitators for young people on the spectrum. Schools need to understand that they need to lead a very close dialogue with the students themselves and listen very carefully to their individual needs and then implement individual solutions consistently – it is not a question of ‘one size fits all’.

• Most people with ASD have a very large private space around them, which needs to be respected.

• If someone is experiencing a “meltdown” it is important not to approach them – a notion that is often difficult for those in caring professions where the natural response is to go up to the person and protect them.

• Teachers and students need to agree on what to do before a “meltdown” happens, such as a gesture from the student – Felicity closes her eyes and puts her hands over her ears when she is getting too near sensory overload. All teachers need to be reliably informed of these agreed procedures. They will almost certainly differ from student to student.

• It should be compulsory for teachers to be taught how to support students with autism as part of their Continuous Professional Development or teaching degree. After all, they are the ones looking after and being in contact with our young people for many years – they are actually in the position to catch young people with autism, so they – unlike Felicity and many others – do not fall through the net.

I would like to leave the last word to Felicity and her friend Susanna. Their advice is:‘Most importantly, understanding and awareness are key.’