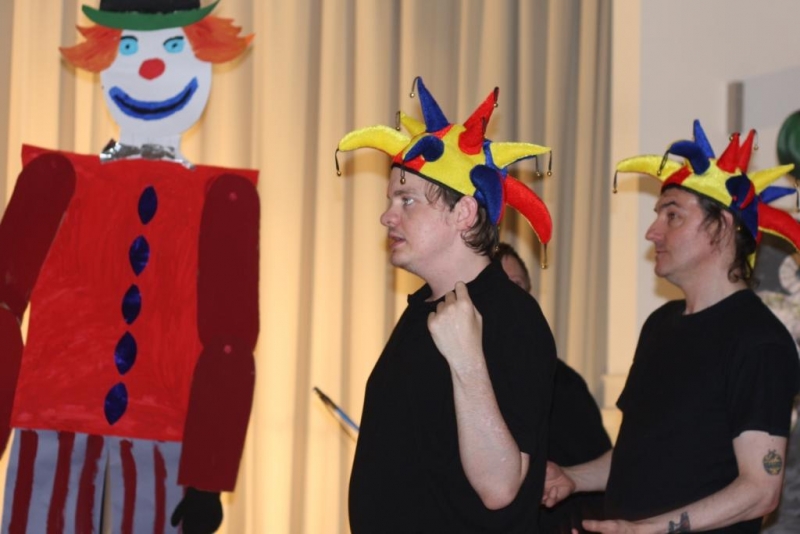 On the 15th August, Scottish Autism made its debut at the Edinburgh Fringe when a group of staff and service-users from Blue Central Day Service in Dunfermline performed ‘The Tree and the Abbey’ at the Lauriston Halls. The play is a social history of Fife written by Scott Daly, one of our Autism practitioners who also directed the play.

Rather than re-tell a chronology of Kings and Queens, the piece focuses on some of less well-known but very colourful parts of Fife’s story. After meeting the trees of Fife, one of whom narrates the story, the audience becomes acquainted with the Picts and the Celts, and witnesses the coming of Christianity and the building of Dunfermline Abbey. Spectators hear the story of the great Lunardi – who made the first hot air balloon flight across the Firth of Forth - and meet Michael Scott, the wizard Alchemist. They come across a rampaging mammoth at the Links Fair, and see families separated and reunited during the Second World War. The play uses drama, movement and dance, puppetry, and lots of music.

Rehearsals for the play were just beginning in February when I took on my research role here. After joining a couple of early sessions I couldn’t resist the invitation to be a part of the project. I had done some work with drama and people with learning disabilities in the past, so this seemed a great chance to re-visit some of those themes in relation to our current research areas - voice and service user-participation. 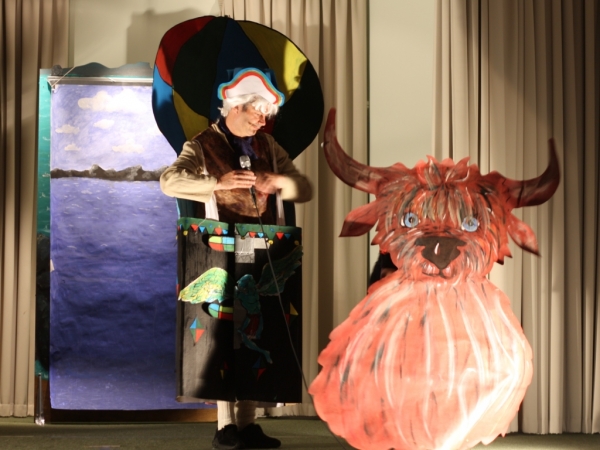 In this respect it was great to be part of the process of putting the production together. Mixing scripted pieces with improvisation gave everyone a chance to find the part, and level of involvement, that was right for their means of expression. Those that were able to take on dramatic roles and inhabit another character did so, others enjoyed cameo lines, while sections of movement and dance allowed others to shine. Two able singers had a chance to showcase their talents, while live percussion became the heartbeat of several scenes. Those that did not want to perform joined in with making some stunning scenery and props. Everyone found their voice and their place within the piece. But while the parts differed in character, the fundamental process was the same for everyone: individuals came forward and took on roles that were new and challenging, and worked towards a common goal. The work of Scott and all of his team in nurturing these voices was inspiring to see. Often as staff we felt self-conscious taking on roles or dressing up in costume, but the basic premise that we are all doing it – staff and service-users alike - created a strong group bond.

What will stay with me longest about the project is the way in which music was used in both rehearsal and performance to create this group unity. While the cast of the ‘drums of war’ scene rehearsed their jiving, all those present bobbed up and down or swayed to the music, and everyone joined in with the theme tune of the mischievous ‘three craws’.  Each session ended with a group dance as way of involving everybody present and ending on a high note. These group dances later formed the core of several scenes: in practice sessions we all dug to the rhythm, of ‘Working in Coal Mine’, and we all improvised circus roles to what became the Links Fair scene. If parading around the rehearsal room singing ‘Always Look on the Bright Side of Fife’ created a fun atmosphere between us, then it was an atmosphere that seemed to infect our spectators as they clapped and sang along on performance day. 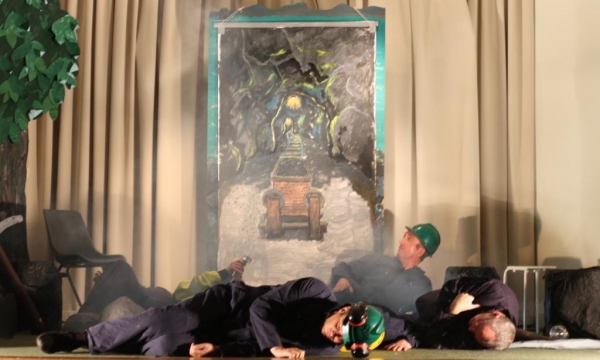 The group vibe helped the team support each other through that day in a really positive manner when nerves were jangling. Colleagues from other services also mucked in with organising props, distributing costumes, and putting up the scenery. The matinee went so smoothly that by the evening performance even one of the more nervous cast members was exclaiming "bring it on!".

Daniel, one of our performers, summed up the experience like this:

"I enjoyed the show, I got a lot out of it... I feel like we can do more, make more shows..all the acts that we did on stage – it was great! Michael Scott was a pretty good part – I really went for it all those times on stage, it was good, it was great ... getting a tremendous audience, getting a great audience.. it made it more exciting, more fun in front of an audience, getting the atmosphere going."

Both performances left the whole team proud of what they had achieved and gave me my most enjoyable day’s work yet with Scottish Autism. More shows? Bring it on! 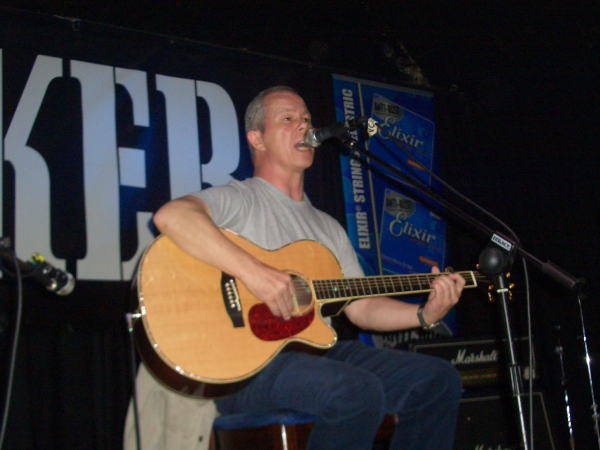 Scottish Autism
10/10/2016
‘This isn't a story about autism. It's a story about a young boy who happens to have autism, and there is a difference.’ My Son’s Not Rainman is the...
Read more 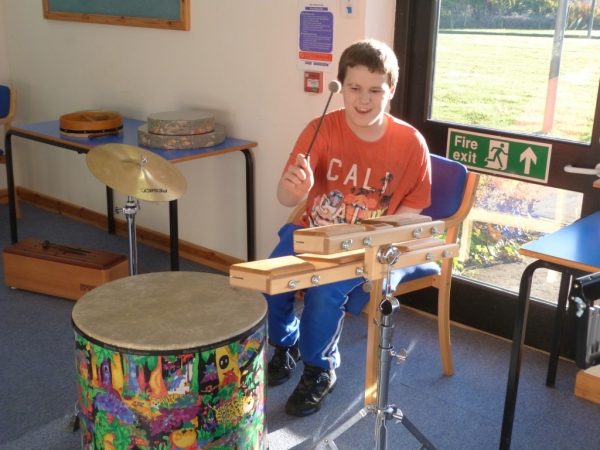 Jasmine Miller
18/12/2013
Across our services a number of individuals benefit from music therapy, but what is music therapy and how can it help people with autism? Head...