An overview and history of Scottish Policy on Autism

Over the last decade in Scotland there has been an increasing strategic policy focus on the needs of autistic individuals including those with Asperger’s Syndrome.

“The Same as You?” highlighted such issues as the lack of knowledge among professionals about the autism spectrum. A general shortage of services for adults was also recognised as was the potential unsuitability of services designed to support individuals with a learning disability. In total 29 recommendations were made some of which had an autism spectrum specific focus (Scottish Government, 2000).

This was followed in 2001 by The Public Health Institute Scotland Needs "Assessment of Autistic Spectrum Disorders" (ASD) (PHIS 2001). The report was the output of a working group consisting of professionals from a range of disciplines as well as parents of individuals on the autism spectrum. The report aimed to provide the most accurate picture of the level of service provision for ASD along with guidance on how existing services might be improved. This resulted in 32 recommendations and the formation of an autism reference group led by Scottish government with a specific focus on diagnosis, training and information (Dunlop, Tait and Robinson, 2009).

The dearth of training among professionals mentioned previously was highlighted by a two year research project that resulted in the publication of The National Training Framework for Autism Spectrum Disorders (Mackay and Dunlop, 2004). In addition to highlighting gaps in training, and developing a national framework that could be applied to any professional involved in the care, support or education of people on the spectrum a number of further recommendations were made. Among them was that a system of accrediting training in autism and the trainers who deliver such training should be developed. The initial phase of this work has recently concluded. This has resulted in the stated intention to develop a new qualification for individuals providing training in autism (Dunlop, Tait and Robinson, 2009).

A strategic focus on education provision has also been evident. Her Majesty’s Inspectorate of Education (HMIE) conducted a review of provision for pupils on the spectrum (HMIE, 2006).This work was augmented by the National Autistic Society’s “make school make sense” campaign report (Batten and Daly, 2006). Both reports made a series of recommendations that ultimately resulted in the formation of an Autism Education Working group led by the Support for Learning Division, Schools Directorate of the Scottish Government. The outcome of this process was the publication of “The Autism Toolbox – an autism resource for Scottish Schools” (Dunlop, Tait, Leask, Glashan, Robinson and Marwick, 2009).The aim of this resource is to support the inclusion of children and young people in mainstream education services. Although the focus is primarily on school-based education, guidance on transition to further and higher education is included.

The autism spectrum attracts a wide range of views on intervention that includes, behavioural, educational, social and biochemical approaches. In 2007 the national focus on the autism spectrum continued with the publication of guidance on assessment, diagnosis and intervention for individuals on the spectrum up to 18 years of age (Scottish Intercollegiate Guideline Network (SIGN), 2007).

In 2008 policy guidance for commissioners of services was developed. The aim of this guidance was to identify specific areas commissioners should embed in service specifications when seeking tenders for the provision of direct services for adults on the spectrum. 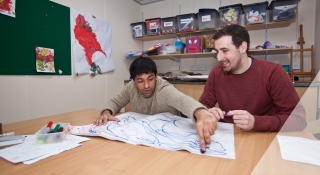 A number of initiatives have been developed over the past decade to address the needs of people with autism but... 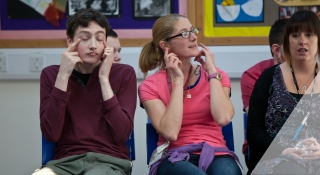 Scottish Autism’s Centre for Practice Innovation represents the next step in our Knowledge Management strategy and our concerted effort to...